Secret Dishes From Around the World 3 Book Launch!

We were delighted to host the Leicester leg of the book launch ‘Secret Dishes From Around the World 3‘ on Friday 8th October at LCB Depot and it was great to finally meet the Bounceback team in the flesh after months of planning and online meetings.

We were approached by Duncan last December to be part of the collaborative process of creating a fundraising cookbook – Secret Dishes From Around The World along with 19 other arts organisations and charities in the UK.  This would be the third book in the trilogy containing commissioned artworks that complement the wide range of cuisines and celebrate the diversity of food, art and community.  All proceeds support Bounceback Foods, a non-profit social enterprise and the scaled up fight tackling food poverty nationwide.

We commissioned illustrator Andrew Petrouis to work with our Creative Arts & Photography learners to create artwork for the German section of the cookbook.  Andrew took these ideas and interwove them with textile links from Krefeld in Germany, as it is twinned with Leicester and combined them with an illustration of Alice Hawkins, Leicester’s prominant suffragette.  Because of this incredible concept we were able to welcome Peter – Alice Hawkins great-grandson and Fred the Chairman from City of leicester European Twinning Association (CLETA) as well as other members to the event, which made it extra special and they both spoke about their important work.

Duncan, Andrew & Hema all spoke too about the fantastic project and future work of Bounceback & Pedestrian.  I think everyone in attendance left with far more knowledge than when we arrived!

In the background Bounceback’s Chef (and Food Photographer) Josh was busy making ‘Krautsalat’ for all to sample, which was delicious!  You can find this recipe along with a second recipe ‘Strammer Max’ and amazing food photography under the Germany section of the book.  Andrew and Selena were then interviewed for a podcast that will be released later in the year, so watch this space!

We just wanted to say a huge thank you to Bounceback Food for bringing this incredible project together, to LBC Depot for letting us host the event, to Andrew for his fabulous artwork and finally everyone who attended the book launch including members of our brilliant board of trustees, you really gave the book a launch it deserved!. 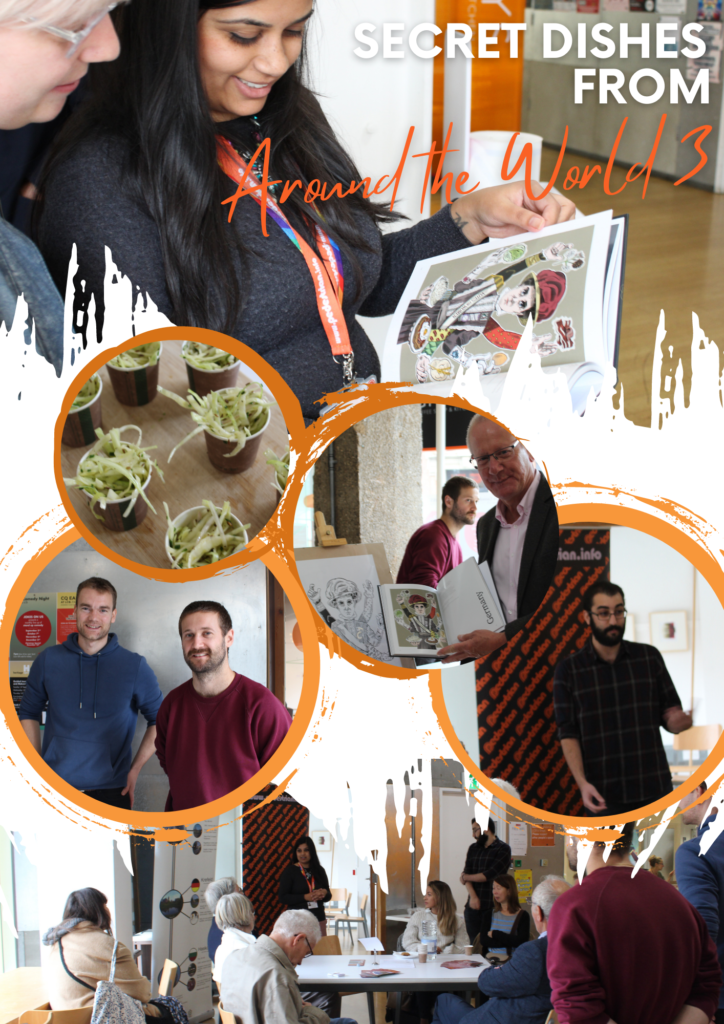